Along a row of large oak trees that border Lindell Boulevard are some of the most grand 19th century homes in the U.S..  The most prominent neighborhoods Portland Place and Westmoreland Place—were once homes of elite St. Louis and American business owners and entrepreneurs.

The first home to come up in the neighborhood was built in 1891 shortly after the developers purchased the land in 1887.  As the gates were added, the initially 89 houses within these streets became one of the first private residential streets in America.

These two subdivisions were placed on the National Register of Historic Places by the U.S. Department of the Interior in 1974.  Only 77 of the original houses remain; some were knocked down and replaced with new styles like Georgian and even Mid-Century Modern homes.  Many of these estates still command grandeur with fancy details such as hand carved stone pillars, balconies, and other exterior adornments around windows, doors, and such.

Although in the eyes of many, these homes may seem to be outdated— but a sense of understanding is important in appreciating the true value of them.  For most of these homes, the bricks were laid hand by hand and every little detail was carved by a professional.  Often times, stone and marble were imported from different countries and the process to get them here was quite rigorous.  Some home builders would even spend multiple years before they fully completed the project to the owner’s standards.

Today we see a lot of home’s exteriors are built with the same cheap materials as some commercial buildings and can be finished in less than a year – if not a few months.  The term “McMansion” is used to describe these kinds of houses. That isn’t to say there aren’t beautiful modern-made mansions… but most dwarf in comparison of craftsmanship to older ones.  When you truly realize how much time, money, and effort went into building 89 of these homes, then you truly appreciate the uniqueness each one offers.

Surprisingly, these homes are less expensive than most people might think.  This is most likely due to their age, decrease in popularity, and the ever-so-increasing expansion westward.  Typically homes in Portland and Westmoreland Places range anywhere from 800k all the way up to 2.5m.  Keep in mind most homes in the neighborhood are at minimum, 5,000 square feet and some reach up to almost 20,000 square feet.  That’s more than one-third (⅓) the size of the White House. Nowadays some homeowners have taken up the task of renovating their piece of history by restoring the architecture and design – sometimes even with a gentle modern touch.  Materials are, again, imported and used to mirror the original features and parts of the home that may have been removed or damaged.  The streets are well protected by security and well maintained with beautiful landscaping, flowers, and old street lamps.  In a way, it is something out of a fairytale; old homes that whisper the gentle touch of history they have and the class of an era that is today – unrivaled.

Contact a member of The Rick and Tracy Ellis Team to have your home featured in this magazine with its unique story.  Also, Rick & Tracy would love to give you a tour of one of these amazing homes if you’re looking to purchase a true piece of historic treasure. Exclusive look at the Estate of Sunset Bluffs 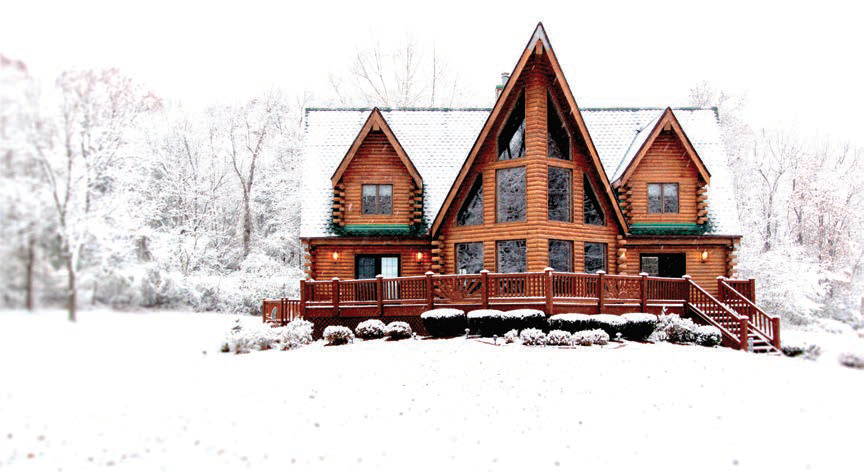 Tips for Selling Your Home During the Holidays You Have Questions? We Have Answers!