Bravo’s hit Real Housewives multi-series has given up Spain offs in New Jersey, Atlanta, and New York, but there’s nothing that can quite compare to the original series—the
Real Housewives of Rang Country.  On to its 10th season,the OC housewives are at it again, giving us viewers the drama we carve. The season, the OC housewives are at it again, giving us viewers the drama we crave.  This season, there’s a new housewife on the scene, and for Cardinal fans like myself, she’s a pretty important one.  Meghan King Edmond’s, the wife of one of St. Louis’ greatest Cardinal players, Jim Edmond’s, has thrown her hat into the housewife circus.  She’s fashionable, adorable, and pretty feisty, but it’s really her age that sets her apart from the other housewives on the show.  At 30-years-old, Meghan has taken on of the role of both wife, stepmother, and the role of youngest housewife on the OC series.  Meghan is one of those TV personalities you either like her, or you don’t.  After her flights and strong opinions have sired episode, I wanted her to be able to show her side of the story and give us a bit of who she is away from the Real housewives drama.  No matter who you are, you have to give her kudos for giving up her life to the cameras, not knowing what’s going to end up on the show.  After having her on my radio show and spending the day at her St. Louis home, here’s what I’ve come to know and admire about Meghan King Edmond’s.

A Crestwood, Missouri, native, Meghan was born and raised in Missouri, and attended Nerinx Hall in Webster Groves.  She cities her time at Nerinx as one of  the reasons why she’s such an  empowered woman. She has two younger sisters, one who plays professional soccer in Boston, and a younger brother.  Her younger brother was just named one of the top male super models in the world and is on the cover of Details magazine.  Now that’s one successful family!

Speaking of success, along with Meghan’s role on the Real housewives of Orange County, she also has a few entrepreneurial pursuits she’s in the process of growing.  I mentioned earlier that her sister is a professional soccer player, so former teammates and friends are also the co-creators of Sweat, a new make-up line created for both workout and weather protection, along with Meghan. Launched at the Women’s World Cup earlier this year in Canada, Sweat is a mineral powder foundation that’s both sweat and water resistant.   It even has SPF 30! The lightweight foundation is workout, beach, and weather proof.  Of the six people spear-heading the make-up line, there are two Olympic gold medalists.  If there’s anyone I’m going to trust to sell me sweat-proof make up, it’s going to be an Olympic medalist.

Sweat foundation is also pretty perfect for those hot St. Louis summer Cardinal games.  For now, we’ll have to be happy with sweat resistant foundation and translucent powder, but don’t worry.  The sweat team is looking into creating more products for their successful line in the future.

Another one of her ventures is her line of #Hashtag Hats.  She started the project after the mother of her stepchildren, Lauren and Hayley, passed away from colon cancer.  100% of the profits from the blue #fightcancer hats goes to fight Colorectal Cancer (CRC) that hats sold out, and raised $1500 in sales in just three short weeks.  She also has ahat supporting the fight against breast cancer.

At the Teen Choice Awards gifting suite this year, her hats were a huge hit.  Both Jordin Sparks and Ryan Cabrera were seen sporting her hats.  With hashtags like #overit and #coolstepmom, her line of hats are both fun and versatile.  Not only are they funny, but they can sum up everything Meghan wants to say in just one word. For future projects, she’s working on creating fine hashtag jewelry, cell phone cases, and maybe even apparel.

Needless to say, her snappy line of hashtag must-haves are really taking off.
Think that’s all?  Think again.  This firecracker entrepreneur is also in the process of developing a hair extension line full of fun colors.  Right now, Meghan’s showing off her super adorable pink hair, and this new project, like her many others, is sure to be just as successful.  Participating in the Real Housewives of Orange Country has certainly opened many doors for Meghan, but it’s also brought a lot of negative thoughts toward her personality, including her role as a wife and stepmother.

The first year of marriage can be a tough one, but being on the show has helped Meghan and Jim come together even more.  It’s no secret Jim’s scenes on the Real housewives don’t always portray him in the greatest light, but at the end of the day, Meghan and Jim know the bond they share.  In Meghan’s eyes, Jim is a sweet, kind-hearted man.  He never been one to turn down a fan for an autograph or picture, and  he always goes out of his way to help the charities he’s involved with.  During filming , cameras follow them around five days a week.  Though they always know when the crew will be around, it’s a tough gig.  Sometimes the days are long, and it’s not uncommon for conversations to have to be repeated.  According to Jim, once you’ve had the same conversation for the 14th time, sometimes it’s hard to give he cameras exactly what they want after  a 12 hour day.  You know what I say to that, Jim? #overit.  The other housewives on the show have no problem reminding Meghan that she’s the youngest on the show.  Fortunately, Meghan has the thick skin necessary to let the negative comments roll of her back.

However, when it comes to her stepchildren, that’s a completely different story.  “If you talk about my step  kids, we’re going to go to war,” said Meghan regarding a bit of drama on the show involving one of the other housewives and her role as a stepmother.  She’s received numerous letters and emails detailing heart wrenching stories from stepmoms, moms of adopted children—you name it.  The outreach from other non-biological parents has been really helpful.  “As a stepmom, we kind of hide our voice.”  Meghan’s proud to give a public voice to her demographic, and she’s always willing to go to bat for the stepmoms out there.  Meghan is the kind of woman who says what she thinks, even if what she has to say gets her into trouble on camera.  “I’m just trying to be myself, but there’s a lot i found out from the show that I had no idea even happened,” said Meghan.  She only knows what comes out of her own mouth and what happens in thee scenes she’s involved in.  Otherwise, she finds out what Bravo has deemed suitable television, just like everyone else.

This is Meghan’s first season on the show, and i believe she’s given this show back a little bit of fire it was lacking, it seems like everyone has something to say about the newest housewife in the OC, but you can’t trust everything you see on TV.  I’ll say she certainly has brought some excitement back to the show and isn’t afraid to say what I believe a lot of viewers are thinking.

I hope we see Meghan on the next season of the Real Housewives of Orange County.  Rick and I are personally hoping to see all of the ladies from the show attend a Cardinals game and experience Cardinal Nation with the best fans around.  With or without the show, Meghan King Edmonds will continue to succeed and is working on several new businesses with incredible ideas and opportunities.  Rick and I had the enormous pleasure of visiting with Meghan King Edmonds at the Edmonds home here in St. Louis, Missouri.  I was thrilled to meet and talk with the both of them about their experience with Real Housewives of Orange Country, and of course their incredible home.  Not only was I impressed by their beautiful home, I was so happy to get to talk to Meghan away from the microphones and cameras.  The day we spent with Meghan, we found she was genuine and good-hearted, like the girl next door, with one of the most beautiful smiles.
Their home is a traditional colonial style home with black shutters.  From the street, you feel like you’ve been transported to a plantation home in the south, but that doesn’t even give you the slightest clue as to what’s going on inside.

For their St. Louis home, Meghan really focused on rustic lighting and a bit of a clean, homey style.  Their living area has a comfortable, family, easy-breezy feel, with vases filled with sand and sea shells, inviting furniture, a stone fireplace, and gorgeous grey walls.  Set right in the middle of the room, they’ve set up a solid wood farm table.  It’s almost the length of the room and it’s perfect for their family dinners.

Though their house certainly is beautiful, the outdoor area is to die for.  When you enter their backyard, you feel like you stepped straight out of the Missouri heat and right into a tropical island paradise.  Jim designed the landscaping himself with lush vegetation, a beautiful rock waterfall that spills right into the pool, with an outdoor kitchen, and a stone walkway leading to an open grassy area for the kids to play.

The trampoline may have seemed a bit out of place in their breezy paradise next to the waterfall and gorgeous, high-backed wooden chairs that looked as if they’d been sitting next to the beach for ages, but even odder were the few pink flamingos floating around the pool.  Apparently they have a ruining joke with the neighbors, and flamingos often make visits to their yard and pool.

The Edmond’s home was lovely to visit, flamingos included.  That running joke with the neighbors reminded me of how simple and fun life is, even if you’re a television or baseball star.  Their house in St. Louis is homey, comfortable, and inviting.  It’s the place they go to settle down and reconnect with the things and people they love.  Meghan and Jim both consider St. Louis their home, and we’re so very glad they do.

The Advantages & Disadvantages of Building a Custom Home 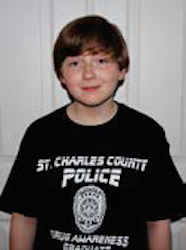 Drake’s Kids Cove how to make moving easier for kids 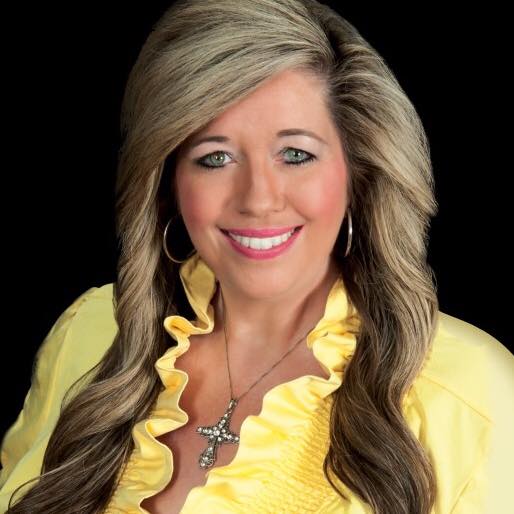 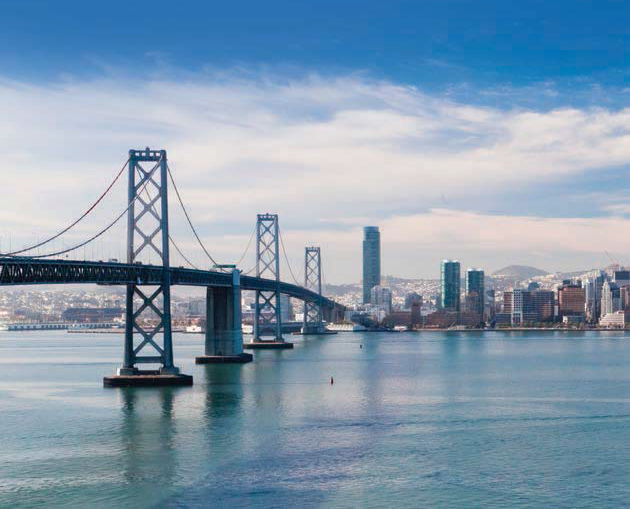 An Inside Look with Andrew Greenwell